My faithful little Miata is getting long in the tooth; I purchased it new off the lot in the summer of 1999. Eighteen and a half years is pretty old for a car, but these days not exceptional.

Still, after spending the weekend replacing ignition components and discovering oil on my hands more than once, I have to admit that the car is not as mechanically tight as it used to be. It’s only a matter of time before it crosses the line from “reliable transportation” to “hobby”. I don’t need another hobby.

From time to time I peruse the Internet, fantasizing about the car that will replace the Miata. Convertible is an absolute requirement, two seats a preference. There are some pretty cool cars in this space, but the frontrunner remains the Mazda Miata. I could spend a lot more and get a somewhat more exciting car, but the Miata remains an excellent intersection between fun and economy, with no serious challengers.

But boy, that F-type purrs like a kitten. A tiger kitten.

As I consider the expected lifespan of my next car, the expected lifespan of me, and trends in technology, it occurred to me: It’s quite possible that this will be the last car I ever buy. Twenty years from now my driving skills will be degrading, and as long as I live in a town of any size, it’s entirely possible that self-driving on-demand cars will be significantly cheaper than car ownership, especially when you take into account how few miles I drive.

I don’t really need to replace the Miata at all. There is almost never a time when both the family cars are out of the garage, and the few times it does happen could easily be handled with transport alternatives. I could rent a convertible for road trips. Perhaps I have already bought my last car. Wow.

Often, when I take the old girl out for a spin, I first have to remove the tool boxes and other items piled on top. Home repair and crafts projects lead me to pull items off the shelving next to the car and put them on the top or on the hood for access. 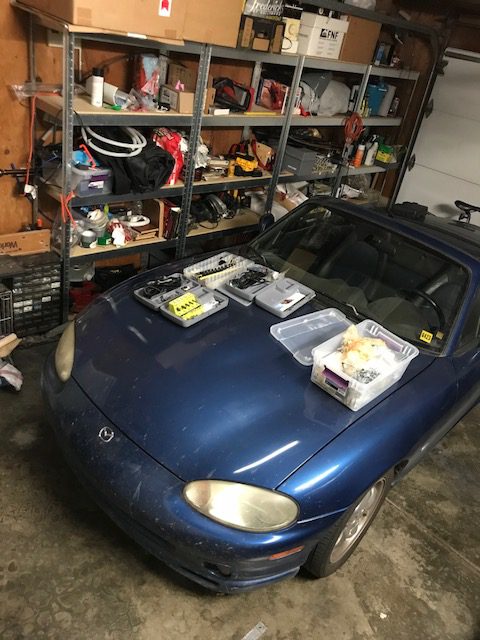 A typical look at the Miata

Perhaps the next four-wheeled item to occupy that slot in the garage will be something like this: 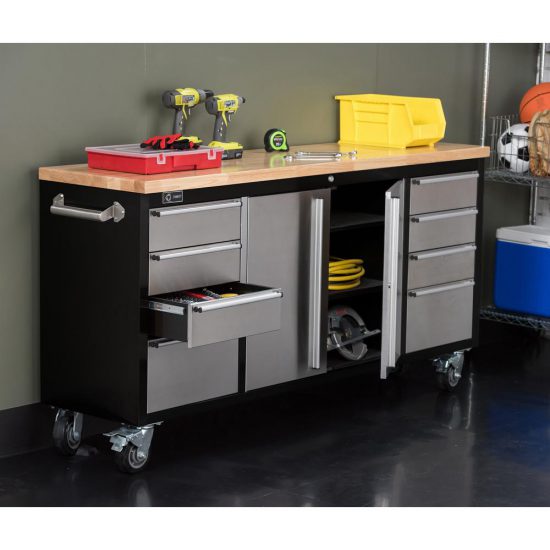 The next thing to live on the right side of the garage?

5 thoughts on “My Last Car”