Note: To read the entire story from the beginning click here.

I tried to ignore the feeling that there was a bulls-eye painted on my back as I inspected the doorway where Alice had been standing. The only reason to take her, I told myself, was to force me to do something I didn’t want to do. That meant whoever had done it wanted me alive, and I would be hearing from them eventually. I looked back at the door of The Bucket in time to see the man I had been speaking with hurry down the street. It wouldn’t be long before the cops arrived, and I wasn’t eager to be talking to them at the moment.

It didn’t look like Alice had made it easy for them; the scuffs on the sidewalk told a story of struggle. She had managed to run two strides before they wrapped her up and dragged her to a car. Near the curb I saw dark spots on the pavement. I hunched down and confirmed that it was blood, fresh but quickly blistering and blackening in the heat. I surveyed the windows looking down on the street. Someone must have seen something. I made a note to have Alice ask around and then stopped myself.

Someone had crossed a line. I wanted to find out who they were before they had a chance to contact me, so I could drop in on them before they were ready.

I turned my head one way and then the other as I regarded the scuff marks. One, from a smaller shoe, seemed to be more complex, as if created with intent. A hastily-drawn arrow, perhaps, or maybe the letter ‘F’. Possibly nothing at all; it’s easy for a person to see patterns even when there are none. If it was an arrow it pointed up the street away from the bar and towards downtown. If it was a letter, perhaps F for Fanutti? An E she didn’t have time to finish? I moved my foot along the lines, imagining that I was being dragged to a car, and just trying to stay in one place long enough to finish my message, without anyone realizing what I was doing.

I heard a siren in the distance. Time to go. I turned and walked briskly away from the scene, by coincidence in the direction of the arrow, if that’s what it had been. I zigged and zagged a few blocks then bellied up to a phone. I pulled Cello’s card out of my pocket and regarded it grimly. This call could cost me. I threw a dime in and dialed.

The phone was answered almost before it rang. “Hendricks and Associates,” a competent female voice answered.

After somewhat more than a moment Cello came on the line. “Mr. Lowell. You have something for me?”

“Depends. Did you take her?”

“You have lost track of someone?”

“I assume you wouldn’t bother to ask if it was Mrs. Fanutti you lost track of. Has something happened to your charming secretary?”

“Most ungentlemanly, Mr. Lowell.” He hesitated. “I am not aware of anyone in my purview taking action against Miss Carruthers. I feel no need to coerce your actions.”

“It is likely that no matter who is holding her I could obtain Miss Carruthers’ release. I offer only because I admire the young lady. There are certain… ah… costs that I would incur, however. I think you already know what I would like in return. Shall I direct my people?”

“You already know who has her.”

“They are not friends of yours.”

“Give me an address. I’ll pay you back by hurting them as much as I possibly can.”

“An interesting proposition. Unfortunately, there are three problems: first, ‘as much as you can’ likely will prove to be very little, second, once they brush you aside they will have no reason to keep Miss Carruthers alive any longer, and finally if they find out how you got that address, it could cause me a great deal of difficulty.”

“Then give me the name of someone else who knows the address, and I’ll get it from him.”

“One way or another.”

“They crossed a line.”

“Hm. Did they cross the line, or did you? Are you responding this way because you blame yourself?”

“I suppose not. Before you go charging off to your death, I don’t suppose you’d care to tell me Mrs. Fanutti’s whereabouts?”

“You have not yet recovered the Blood of the Saint?”

I didn’t answer that.

He sighed. “I am going to help you, Mr. Lowell, because you are an important asset to me right now. Please remember that and try to remain one. It is the only thing keeping you alive. I have a name for you. When you speak with him, be aware that he has already saved your life once.” 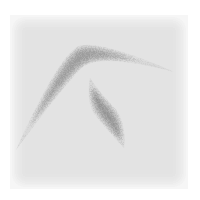 Tune in next time for the conclusion of: Nest of Vipers!