Before I go too far down this rabbit hole, we should all make note of the fact that it is entirely possible that I will never buy another car, and that the roadster I currently own (a 1999 Miata) almost never leaves the garage. I have the battery hooked up to a trickle charger and I use my bike pump to keep the tires from going too flat.

But still, every once in a while, I go looking for the “electric Miata” — a simple and spirited little car made for top-down fun. I want this vehicle to exist. There was a time known as the 1980’s where no one thought there was a market for a fun little two-seater, and then Mazda introduced the Miata and bang the genre was reborn. I’m looking for the company that does the same thing, but electric.

It’s a challenge, to be sure. Batteries are heavy, and weight is the last thing you want if your goal is a nimble little car. That fact alone is probably why my dream has not already been realized. I get that. But I dream.

“What about the Tesla Roadster?” you ask. I will not go into detail here, but the original Roadster has value only as a collector item and the fabled new roadster is a preposterously expensive supercar that isn’t actually a roadster at all. What about Detroit Electric? Audi? BMW? The list goes on. All preposterous supercars and not a ragtop to be found.

Part of this, again, goes back to the weight. If it’s going to be heavy, is has to be powerful, and it has to stay very low to the pavement if it wants to turn corners at any speed. I get that. But I dream.

MG, the famous British company whose name is synonymous with “fun (as long as it isn’t broken)”, is now owned by Chinese giant SAIC, and the badge adorns SUV’s over there. But apparently some guy in that company remembers what MG used to mean, and MG has been working on an electric vehicle to pay homage to that heritage. Here at last, I thought, would be the electric that captured the true roadster feel.

Dubbed (I kid you not) “Cyberster”, the MG concept absolutely does NOT capture that feel. It is just another electric two-seat supercar in a market with about as many offerings as customers.

Mazda has now said they will “electrify” the Miata by 2030. But they probably mean hybrid, because, well, batteries are heavy. I’ve long wondered if the Wankel Rotary is well-suited for turning a generator; maybe we’ll find out.

Perhaps what I want is not possible with current technology. In fact, go back and remove the “Perhaps” from that statement. But I still want it! And let’s face it; a battery-encumbered Miata would still out-corner the 1974 Alfa Romeo I used to love to drive.

And there’s the thing. I get the weight. But the people choosing what cars to build don’t get the feeling of being out on the road on a chilly night, top down, heater blasting, moon washing the landscape. They don’t get the drives across the desert where sunscreen is a constant activity. They don’t get that the vanilla smell of ponderosas is part of the magic of weaving up a mountain road. They have never looked straight up and seen the sun shine through the feathers of a golden eagle coasting over the baking blacktop.

They do not love the road as deeply as I do. The motion, the air, the adventure. Someone should put me in charge of a car company (actually, they really shouldn’t). Then my company could make the car we all want.

For symmetry with the start of this episode, also note that in the unlikely event that I actually buy another car, it better drive itself so I can take a nap before I get where I’m going.

The other day I was using a car to get home from work, and in front of me at a traffic signal was a Cadillac with what might have been the Single Ugliest Rear End of All Time. This honor was once held firmly by the Pontiac Aztec, but in recent years our friends in Asia have produced some marvelously hideous-looking cars. Mind-boggling, to tell the truth.

So I guess the boys at General Motors decided to give the guy who made the Aztec another shot at glory. (This Caddy’s rear definitely had some of those Aztecan sensibilities.) They managed to find the storage room where they’d been keeping him, brushed most of the dust off him, and turned him loose on the newest Caddy. I thought I’d go to the Cadillac Web site and poach a picture so we could all appreciate the grotesquery.

Only, when I go to the Cadillac Web site, I see that while their CTS-V coupe rear (the closest match to what I saw) is by no means pretty (vast plains of plastic, almost no glass), it lacks those finishing details of the one I saw that put it into the running for all-time ugliest. Which means that they’ve already thought better of the horrid design. Maybe GM put it out for one year to reclaim the ugly crown, then backed off to merely “rather ugly” so people would buy the car. If someone were to say to me, “You know, I kind of like that look”, I would merely shrug and wonder quietly to myself what the hell is wrong with that person. But I know those people are out there.

On the subject of ugly cars, every once in a while I put “Electric Roadster” into my search engine to see if there’s any news on a viable electric replacement for my aging Miata coming down the pike. The answer is, alas, “not yet.” Tesla has announced a retrofit to its lotus-based roadster to put in better battery technology, so that’s progress.

The search engine results provide a wide range of things claiming to be electric roadsters. Most of them are not. Golf carts are not roadsters, even when they look like this: 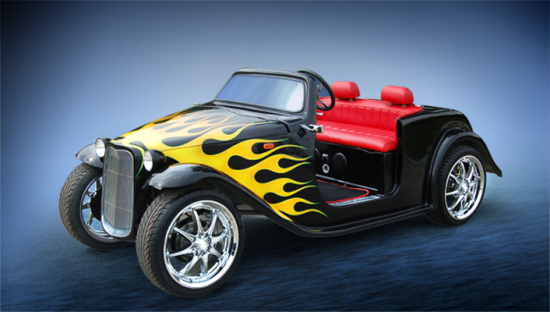 If it can’t go more then 25 mph, it’s not a roadster. http://californiaroadster.com/rlimo.php

And then come the ugly ones. Boy howdy. The overall trend in automotive design these days is to add fiddly bits and creases to the car until there’s no surface area left to add bits to. Take this monstrosity: 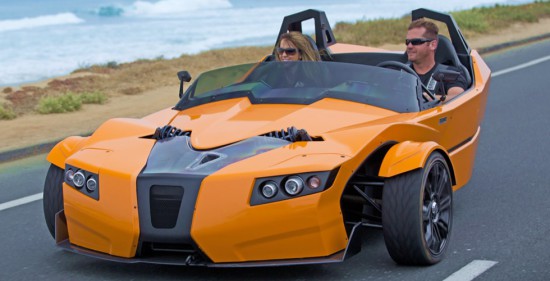 Pride forbids me from considering this vehicle. http://torqev.com

It is clearly designed to appeal to men, and the performance numbers are quite impressive. But… wow.

Along those same lines, only much more expensive, we find Detroit Electric’s entry in the field. 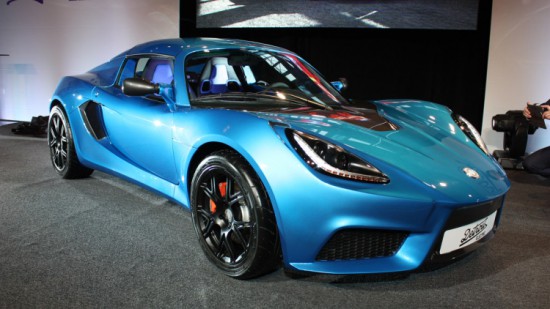 Maybe in person it wouldn’t seem so ugly. http://detroit-electric-group.com/sp01.html

There are some angles that make this car look kind of nice. Others, bleah. The Detroit Electric Web site seems to be aware of this, and you have to dig to see a view of the car from more than two feet off the ground. But holy crap, the performance numbers are mighty impressive. What a pleasure it would be to be stuck in stop-and-go traffic in this baby.

The Europeans, meanwhile, are heading off in a distinctly different direction. While this vehicle doesn’t fit my definition of ‘roadster’, that hasn’t stopped other people from calling it that: 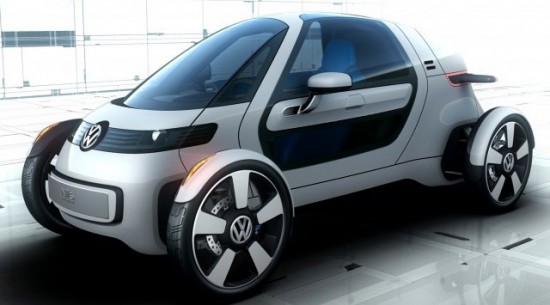 A car like this will not grace our streets any time soon, and while I’m not too sure about this design, at least it’s ugly in a different way that I find encouraging. More ugly-because-it-doesn’t-look-like-anything-we’ve-seen-before ugly, than ugly-because-we-had-to-add-more-fiddly-bits-to-make-it-distinctive ugly.

Finally we have this car, a one-off unconstrained by having to conform to any laws, that shows that out there are still some automotive designers who haven’t fallen into the more-is-better trap. We can thank the Italians for this one, and we can thank the Germans for paying them to build it: 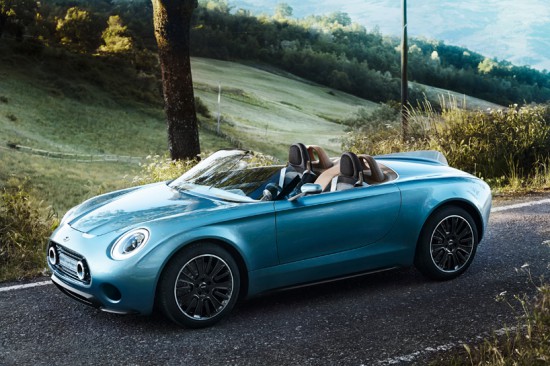 Awesome inside and out – unconstrained by practicality. Design Boom

This is actually not the most flattering picture of the car, but it does show a lot of the design elements. It really is a clean design, and the interior of the car, especially the control panel, are awesome. The article linked in the picture caption is interesting as well, showing the process of building the car.

Music to my ears:

‘In this car all unnecessary equipment or decoration is sacrificed, as performance is gained through lightness and efficiency of the bodywork and interior.

Who knows? That might be my next car, right there, if they can keep the original aesthetic intact and get it to market.