The light was a little funny yesterday. Even with the sun high in the sky, there was a reddish quality to the light, as the sunlight was filtered through the smoke of the nearby wildfire. I went out back so see if I could get a good shot of the smoke to the east or to the west.

Side fact: to face the new fire to the east of here, an elite team parachuted in. Once on the ground, the decision was easy: get the hell out of there. Last I read, exactly zero people were fighting that fire. Just too dangerous.

Anyway, I failed to get any interesting smoke shots. But I did notice that some of the prickly pear was in bloom. When you’re a dude trying to get better at what he does, you take pictures of stuff like that. In fact you lie in the dirt and try not to roll over into cactus to practice the shot. 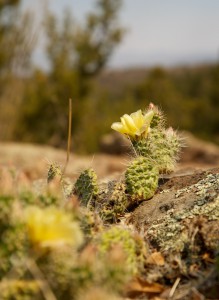 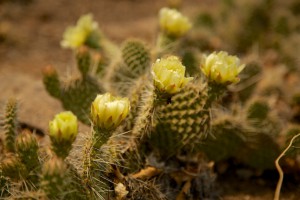 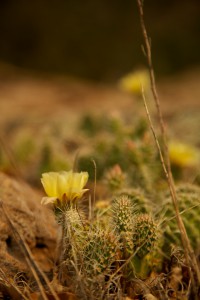 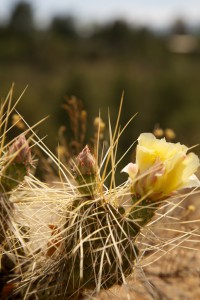 The last one there, I had another shot that technically, by the numbers, was better-composed. But I like this one more. So there. I was throwing my aperture all over the place, trying to get the out-of-focus parts to be properly out of focus, and I got a wide range of results. But in the end, I got home covered in dirt, with a couple of nice pics on the chip.

And that’s what it’s all about.